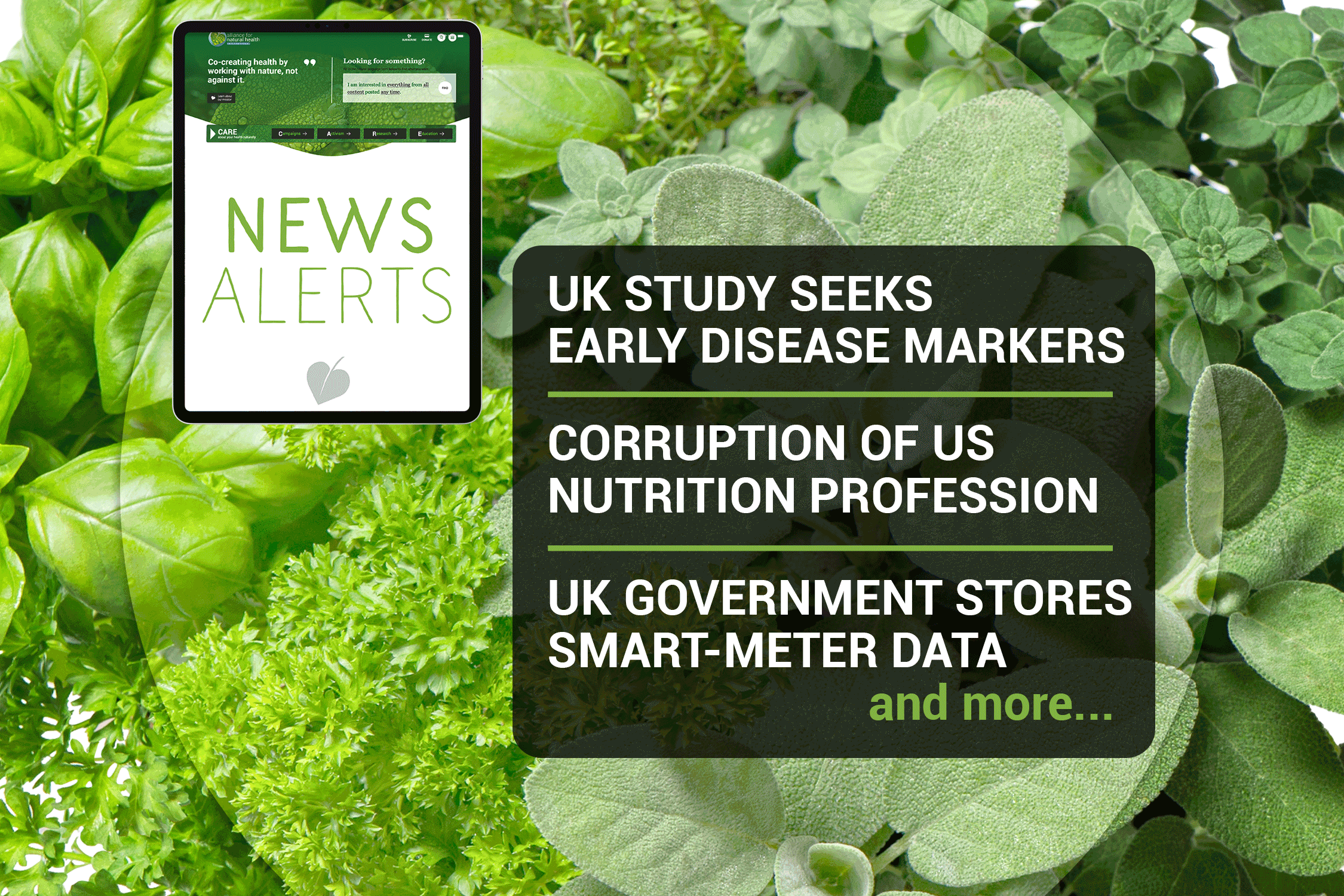 Researchers seek new ways to detect disease earlier than ever!

Our Future Health is exhorting UK citizens to come together to prevent disease. Sounds good, until that is, you realise that the objective of this massive project is to harvest health data from millions of people in order to find new ways to diagnose and treat disease earlier than ever before. Such an initiative provides the perfect opportunity to educate people on how to prevent themselves from becoming sick in the first place based on identified risks. Sadly, the whole project is built around providing failing healthcare systems and pharmaceutical companies with a never-ending parade of new patients. If the pandemic has taught us one thing, it’s the urgent need to regenerate health and care systems post-pandemic to create and maintain excellent health.

>>> Find out more about the ANH-Intl Regen Health Blueprint Project

Academy of Nutrition and Dietetics serious conflicts of interest revealed

Millions of dollars in funding from food, pharmaceutical and agribusiness companies were given to the US Academy of Nutrition and Dietetics (AND – previously the American Dietetics Association) in return for favourable press from the organisation. It also actively invested in ultra-processed food businesses and pharmaceutical companies. The revelations are made in a new study published in Public Health Nutrition that discloses the true nature of corruption and corporate capture of the nutrition profession in the US. The study is the result of collaboration between the not-for-profit U.S. Right to Know and public health researchers. The study found the AND (as the ADA had previously) has a symbiotic relationship with industry and often acts as a pro-industry voice taking positions that are at odds with its mission to improve global health. New name, no change to the revolving door of conflicted interest with Big Corp.

The distortion of official climate science from the Intergovernmental Panel on Climate Change (IPCC) to the media is documented by a new report from the Global Warming Policy Foundation. Written by Dr Ralph Alexander, the report explores the way climate science is being spun and twisted to fit required political narratives. Dr Alexander umasks the process from initial scientific report through to press release, exposing the ample opportunities for messages to be distorted. The message of the paper is clear – you can’t trust the hype and exaggeration used by those controlling the climate change agenda.

UK citizens have long been assured that data collected by smart meters is controlled by the consumer. The warnings of those opposing the use of smart meters have now come true as the UK government announced on 1st October 2022, that data collected by smart meters will now be stored and shared with third parties. Data may be stored for at least 10 years. MP for Newcastle, Chi Onwurah, raised the matter in Parliament only to be blocked by the Secretary of State for Digital, Culture, Media and Sport. Already smart meters are being converted to pre-payment meters for those struggling to afford their energy bills, could they now be used to punish those deemed to be using more energy than is deemed acceptable at the flick of a switch?