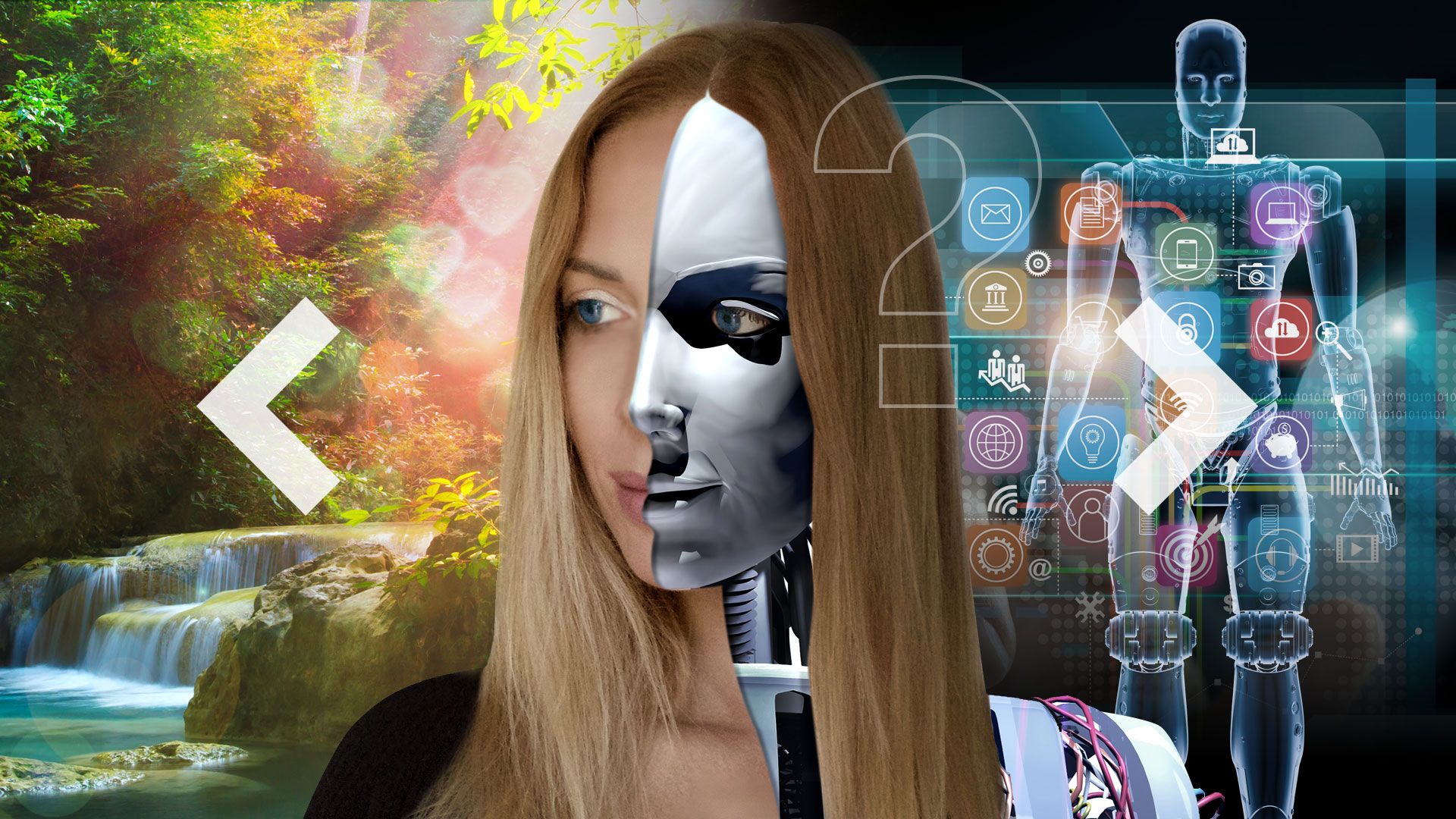 It’s unusual to start an article with the punchline. But, to me, this one is so important given the times in which we live, and because we are out of contingency time for anymore vacillating, umming and ahing. It really is make-your-mind-up time – if you’re not already well ensconced down your chosen path.

Your life choices matter more now more than at any other time in history because we are sitting at a crossroads. Getting binary about things, it’s becoming increasingly clear, to many, that we’re being presented with only two, deeper, underlying, choices. Albeit, this view is at odds with the narrative we get fed by the global media and the world of choice that we used to inhabit before the dividing line of the last 3-years.

One direction leads down the path that blurs the distinction between humans and technology, disconnecting humans from our natural origins and many of the values that served our forbears so well. It’s Klaus Schwab’s Fourth Industrial Revolution wet dream. To many of us, such a transhumanist future feels fragmented, emotionally- and spiritually-barren, empty and devoid of the features that make us human. 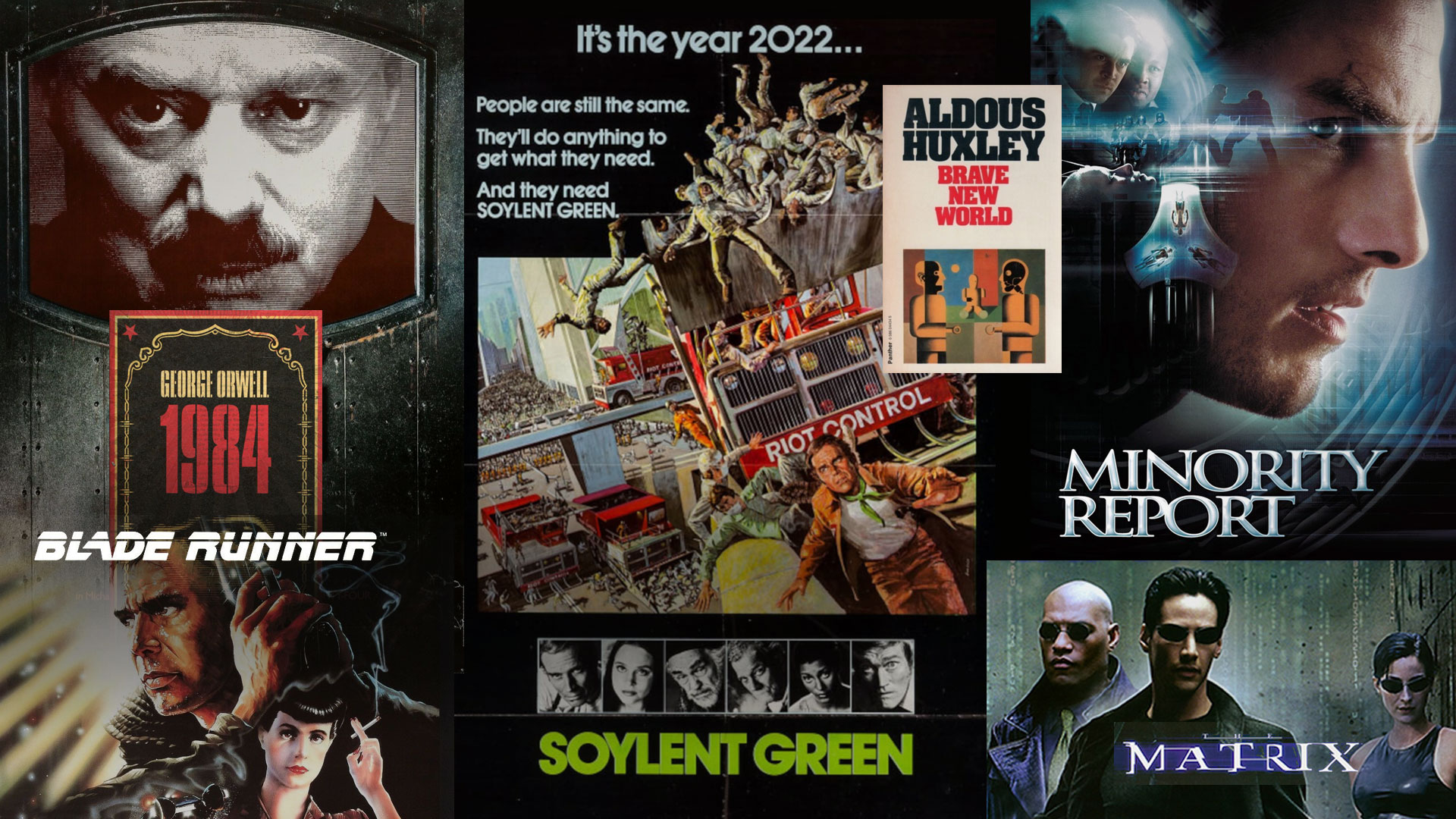 By contrast, we can choose to move in the diametrically opposite direction. One typified by love, connection, community and communion with Nature. This leads us down a heart-led path, in full alignment with Nature, but also informed by Nature’s wisdom and loving intelligence. Human beings fully connected to self, to others and to the world around them, living in harmony, respect and balance with all other life forms on this beautiful planet.

For some, there may be the hope of a third path – one that sticks firmly to the status quo that many consider to represent modern, technologically- and digitally-dependent life. Problem is, this more-of-the-same route is destined to failure – for both people and planet, so whichever way we wish to cut it, choosing your direction at the crossroads is the only viable option. Let’s choose carefully and consciously and be wide awake to the consequences of our actions.

Well, not quite… the rest of the article is worth a read imho and illustrates why I feel so strongly about being acutely conscious about the consequences of our actions, especially when it comes to technology.

For most people time is a precious commodity and it’s almost always in short supply. It’s easy to understand how the app market has become so vast so quickly. For starters, they’re quick and help people live at speed (I’m 50/50 on this, what about savouring the present moment?), they open the door to creativity (if you’re sufficiently techie), they organise (if you like being micromanaged), and now represent the way many people communicate. I’ve deliberately used the word ‘communicate’, instead of ‘connect’. I’m also not anti-apps and have a load myself.

In 2023, smartphone users are estimated to tip 6.8 billion, so they present a massive financial opportunity too. They’ve become hugely popular and fully entrenched in daily modern life (in the West). Extensive mobile app development means that now there’s an app for just about everything. But is this always positive?

What do you feel about apps that on the face of it try to mimic human functions, push people out of the equation or deepen the sense of dehumanisation and disconnection? There are two areas of our lives that are increasingly being taken over by apps that we’d love to hear your thoughts on:- dating and bringing babies up in the 21st century.

I know that many people have found love through dating apps. This isn’t about knocking dating apps per se, but about my deep concern about how young people connect with others and function in relationships because of the influence of technology throughout their young lives. I’m showing my age now I know, but I remember those heady days of feeling the pull of chemistry and attraction across the room, the tense time during the will they/won’t they call phase, the thrill of the chase and the first blush of romance as all the planets and stars aligned and everything in the garden was rosy. The starter for all of it, was being present, face to face and able to connect as well as communicate.

Apart from all the obvious ways in which you can get to know someone in person that you can’t through an app, let’s not forget that our sense of smell does more than just tickle taste buds. Since time immemorial, pheromones have played an integral part in couples getting together. The survival of the species depended on it. No matter how good someone looks, or how many boxes they tick, if their pheromones don’t speak your language, that’s the end of it. You can’t code an app for chemistry.

For people born from the late 1980s onwards, dating apps and social media are an entrenched feature of their social life. More communication happens via an app than when they’re face to face, but that’s not real connection. I know I’m not the only person to witness a group of teens sitting together, having a good time, but communicating with each other through their apps rather than just talking to one another. Is this deliberate disconnection, dehumanisation and conditioning so that the WEF’s dystopian future is easier to foist upon an unsuspecting public or just a feature of ‘progress’?

And now we have apps that encroach on our first years of life.

Baby apps, like Sprout Baby, Nara Baby for Parents and Ovia Parenting & Baby Tracker, that now interface between mother and baby providing a fully scheduled routine from the moment bub arrives. No need to develop that maternal intuitive bond that has stood the test of time and ensured that children make it safely though childhood, you now have an app to “provide a comforting and predictable schedule for your little one”. Like nature, I didn’t think babies were predictable. But I do know how important a sense of safety and security is for healthy development and how integral a mother’s intuitive connection is for developing this important bond.

The illusion of separation

Harking back to where I started and the second choice. The Love Pathway (let’s just be honest and call it what it is), which might sound like an unrealistic utopia, especially after the last 3 years and the mindwash of manipulated, carefully crafted and veneered stories that have deluged the headlines. But it is a reality that is finally within reach and millions of people, possibly billions now, are feeling an inexorable need for something to be radically different in their inner world, as much as on the global and political stage. They’ve awoken to an inner calling that had maybe been a bit muffled or completely silenced before the watershed of change brought about by the recent pandemic and it’s leading them back to their hearts.

It’s somewhat ironic in a world that’s populated with more people than ever before, that loneliness and isolation still features so strongly, despite the unprecedented level of digital communication and networking we now have. Have you ever experienced feelings of loneliness or isolation whilst surrounded by lots of people? Have you ever felt abandoned or separate from those around you? Have you ever wondered what ‘club’ everyone seems to belong to that you don’t? If this sounds familiar to you, you’re not by any means alone.

These are feelings linked to ‘human disconnect’ from soul, self, community and family and after working in this field for 30 years, I believe and have experienced, that they arise from the wound created by our separation from Source when we birthed into this life. Navigating the descent into a dense physical form, coping with the veils of amnesia over our brilliant pasts, the loss of direct connection with our soul matrix and family, combined with the sense of separateness that comes from an ego masquerading as master instead of servant, is the nub of the human condition. It’s understandable why we translate this experience into a feeling of absolute disconnection that leaves us perceiving we’re isolated, abandoned and alone – despite being in a world of nearly 8 billion others, many of whom feel similarly.

But here’s the kicker. It’s just an illusion.

We remain as connected as we ever were, it’s only perception that tells us differently because our ‘communication channels’ are different. But once that perception transitions into a belief, myth-like, it flows perennially beneath the surface of our life, tapping us on the shoulder from time to time, keeping us in the notion that we are indeed alone and isolated. It’s so pervasive it’s often enforced through families, communities and even society as a whole. Until we become more conscious, slay the myth, step into our inherent power and become present with our choices.

“This divine ground is within and all around us. We need to create a sanctuary within ourselves to listen to its guidance”– Anne Baring

It really is a beautiful time to be alive as we watch the unfolding of a new world being brought about by our deep reconnection to self and soul, to Nature, to others and to life similarly. The Native Indian wisdom that was so hard to fathom from a fragmented, disconnected and ego-protected perspective, that we are all One — individual strands woven together in the same beautiful, multi-dimensional, tapestry that is life — finally taking flight deep in our hearts. But let’s remember that there are two sides to technology and make conscious choices that resonate with our chosen path. 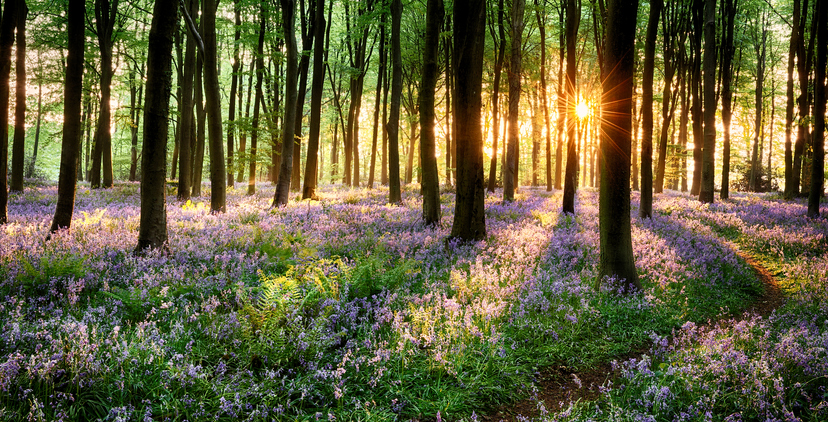