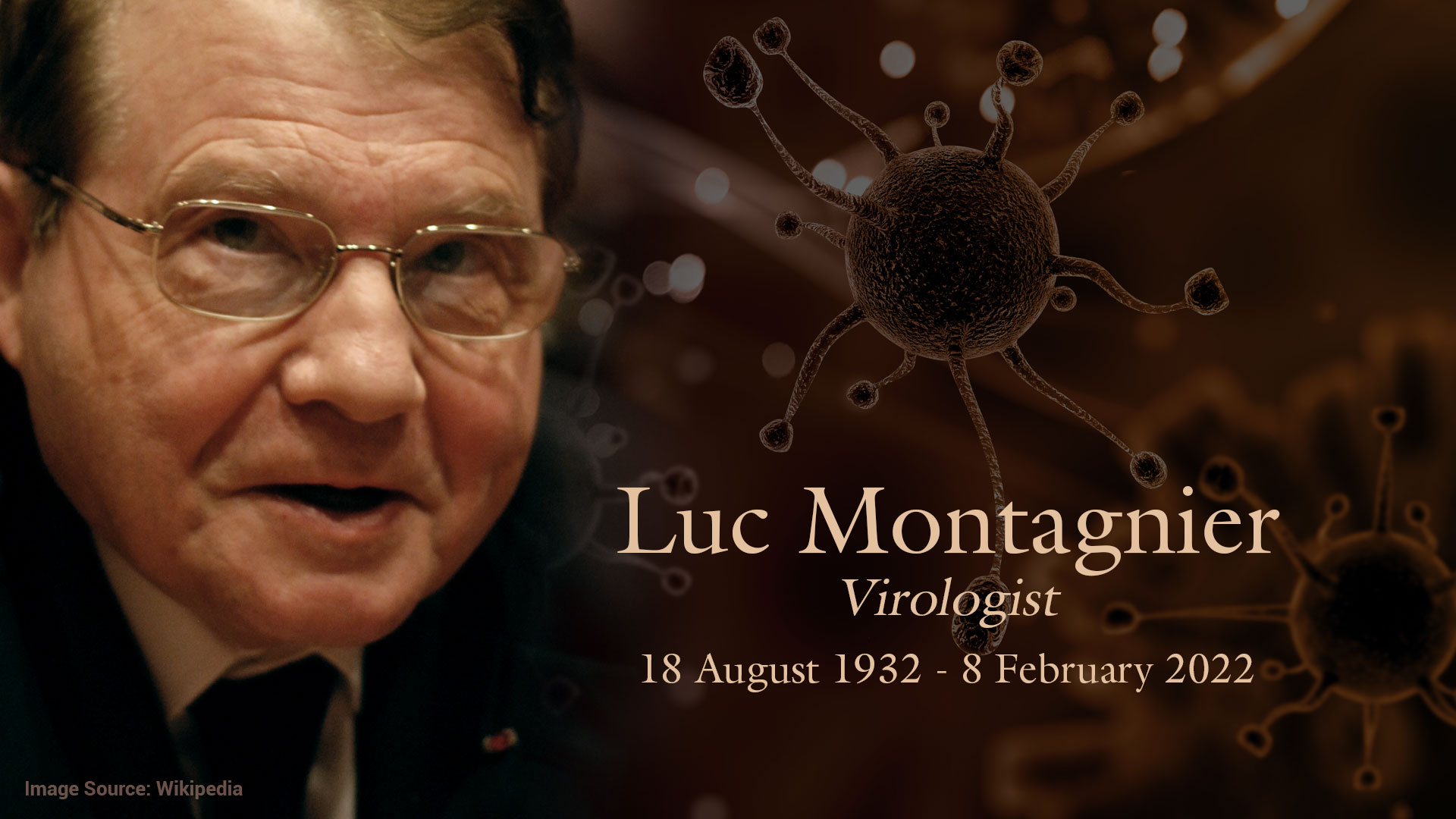 French virologist and Nobel prize winner, Prof Dr Luc Montagnier, sadly passed away last week, aged 89, on 8 February 2022. He is fondly remembered as a giant in the diverse fields of science and medicine he traversed during the more than half a century of his research. We pass our condolences to his family and close friends.

Born in Chabris, France, Montagnier was best known as being a co-discoverer of HIV, who would subsequently be awarded the Nobel Prize for Physiology or Medicine in 2008, jointly with Françoise Barré-Sinoussi and Harald zur Hausen.

Luc Montagnier’s major contribution to the advancement of science and medicine has been recognised by an astonishing array of prestigious awards, including the National Order of Merit (Commander, 1986) and the Légion d’honneur (Knight: 1984; Officer: 1990; Commander: 1993; Grand Officer: 2009),the Lasker Award and the Scheele Award (1986), the Louis-Jeantet Prize for Medicine (1986), the Gairdner Award (1987), the Golden Plate Award of the American Academy of Achievement (1987), King Faisal International Prize (1993) (known as the Arab Nobel Prize), and the Prince of Asturias Award (2000). 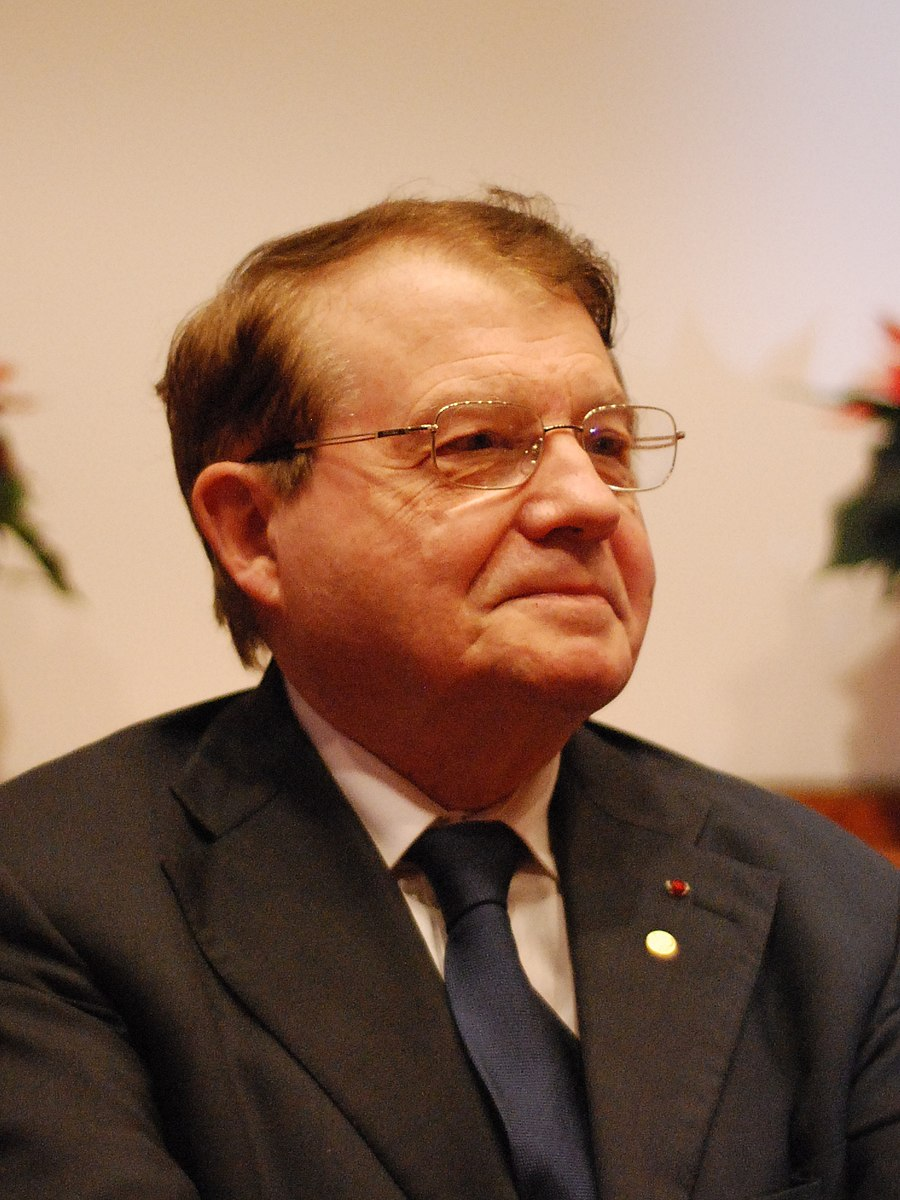 Some of his research has been used widely by proponents of homeopathy to explain the mechanism of ‘memory of water’ that had been previously and controversially proposed following experimentation by a team headed by Dr Jacque Benveniste in 1988. Dr Montagnier’s research on the capacity for signatures from different molecules (including DNA sequences) to remain in water following very high dilution (see examples here, here and here) was widely used to underpin one of the likely mechanisms for the demonstrated effectiveness of homeopathy.

>>> Summary research evidence base for homeopathy by the faculty for Homeopathy

Our founder, Rob Verkerk PhD, had the honour of speaking alongside Prof Montagnier at the New Horizons in Water Conference in 2018 at the Royal Society of Medicine in London, where Prof Montagnier discussed the electromagnetic properties of water.

During the last two years, Prof Montagnier, no stranger to controversy, was among the first to acknowledge that the SARS-CoV-2 virus was most likely created in a lab, claiming it may have resulted from attempts to create a ‘vaccine’ for HIV/AIDS. He said the virus contained “elements of HIV and germ of malaria” — theories that were roundly dismissed by mainstream media and scientists. He was also outspoken in his condemnation of mass covid injection programs and their ability to drive the creation of new variants.

He was not only a giant in his diverse fields of interest, he was also a quintessential polymath. Like some other Nobel laureates, including Linus Pauling and Kary Mullis, he was marginalised in later life by the established scientific and medical community because his theories conflicted with the views of mainstream medical or pharmaceutical interests. Regardless of the criticisms levelled, just like Pauling and Mullis, Montagnier continued to speak out to the very end.

History will be the ultimate judge of who had the deeper understanding of the world around us.

Rest in Peace, Prof Montagnier. Your work and contributions will be honoured for decades and even centuries to come. Thank you for your sincerity and bravery in the face of opposition. This is a key quality we would all do well to emulate during the current transitionary period on our planet.