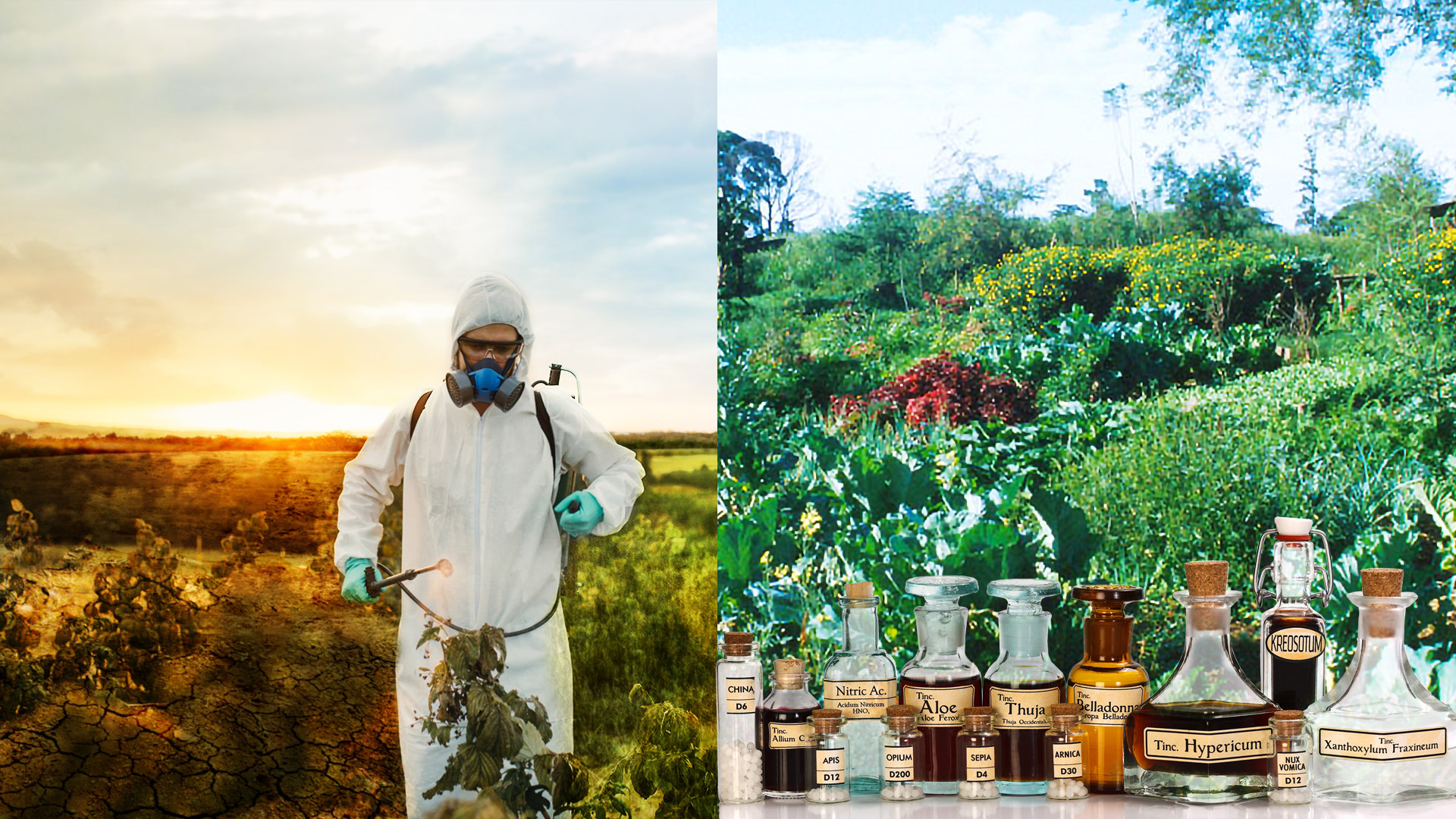 Nearly sixty years on from the publication of Rachel Carson’s landmark book, Silent Spring, conventional agriculture continues the indiscriminate use of chemicals as part of intensive agricultural systems. Carson issued stark warnings about the detrimental effects of such agrochemical inputs and drew attention to the misinformation being pedalled by the agrochemical companies. Carson’s warnings remain as pertinent today as they were in the ‘60s and ‘70s. Yet, decades on, intensive agrochemicals usage, continued habitat destruction and spiralling losses of biodiversity now threaten the viability of all natural systems on this exquisite planet of which we are custodians.

We’re told the most pressing environmental issue affecting us today is climate change and the associated warming of the planet. However, as Carson proposed, the loss of biodiversity due to the destruction of natural environments and habitats to grow grains for humans and intensively farmed livestock could put human and planetary health into a perilous state. As we suggested in our rebuttal to the EAT-Lancet report in 2019 and our recent piece on the witch-hunt against red meat, the solution is a lot more nuanced than just growing more grains, creating lab-grown meat, and ditching real red meat.

We have long being promoting diverse, heavily plant-based, largely unprocessed diets. For some people, in some regions, continuing to eat some meat and animal-based products produced in regenerative agricultural systems makes good sense, both scientifically and environmentally. 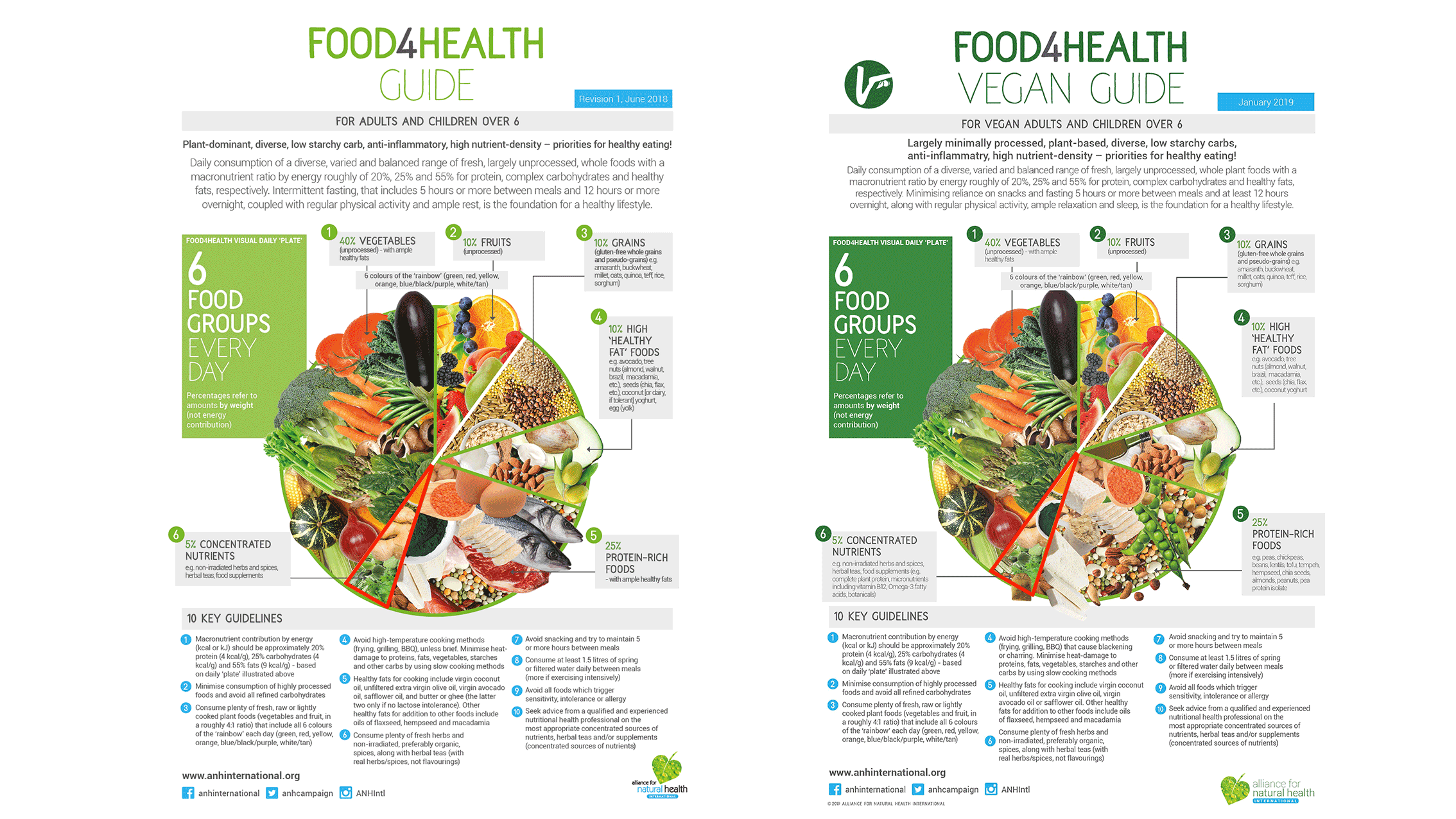 Vegetables and some fruit are vital for long-term, resilient health, which is why they are at the heart of our Food4Health guidelines and our new book RESET EATING. However, blind adoption of plant-based diets if such plants originate from intensive, non-sustainable production systems (e.g. high agrochemical input monoculture grain production), can also be devastating to the environment and to the vitality of soils needed for healthful produce.

On top of environmentally unfriendly farming methods, people have become so accustomed to having a wide choice of produce, having been tempted for so many years with an array of exotic out of season varieties. Such is the disconnect between people and the land, that many have no idea which crops grow in which season in the country they live in. This extends to food provenance too – where is your food from and how was it grown, conventionally farmed or through sustainable and regenerative methods such as agroecology, organic and/or biodynamic?

In the drive to consume more plant foods, too often ignored is the potential damage to the environment wrought by agricultural chemicals used to fertilise crops and kill pests, not only to the plants but the soil they’re grown in, the land and ultimately the health of those that consume the produce.

Investing in our planet

April 22 is Earth Day when we, the people, are called upon to “Invest in our Planet”. To invest in new ways of producing the food and goods required to maintain our modern day lives. But also to prioritise the health of the plants we eat and the environment in which they’re grown.

Could agro-homeopathy, also known as plant homeopathy, prove to be a cost-effective and natural replacement for the agrochemicals used in agriculture?

Plant homeopathy was first mentioned around 200 years ago by Baron von Boenninghausen, the son-in-law of Samuel Hahnemann the founder of homeopathy, who noticed his plants were much healthier when he gave them leftover homeopathic remedies. However, Hahnemann himself never pursued this use of homeopathy. 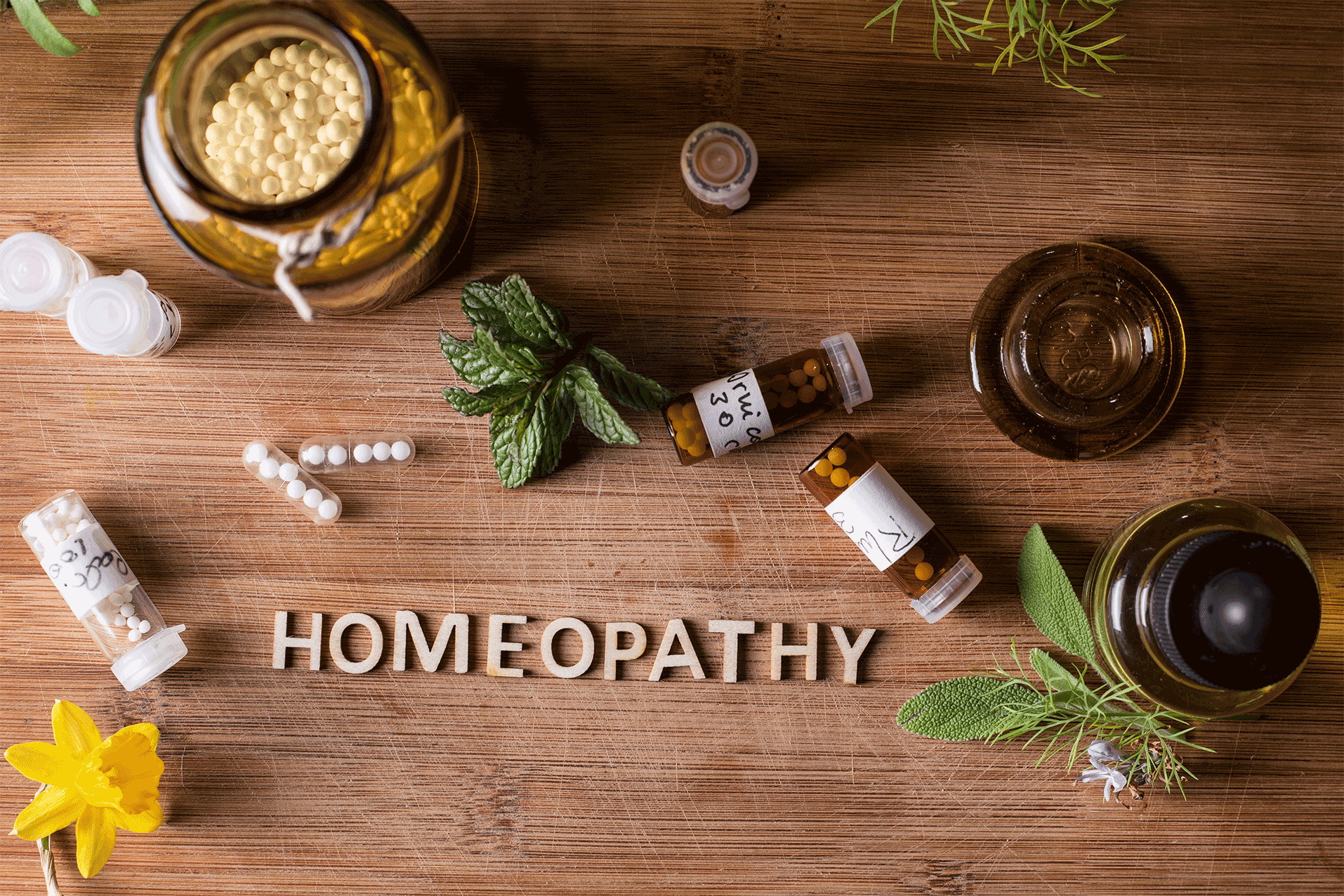 A new era in agriculture?

Homeopathy, as a therapeutic modality, is already being used successfully to support the health of livestock. Although agro-homeopathy is a relatively new kid on the block in terms of its use in agriculture, it promises an inexpensive, chemical-free, non-toxic method of healing and protecting plants and agricultural resources from pests and disease. More and more interest is being shown in the use of agro-homeopathy as an antidote to the harms caused by the indiscriminate use of chemical products in conventional agriculture.

Research into the use of plant homeopathy began in earnest at the end of the 19th century when Rudolf Steiner began to experiment with homeopathic remedies in combination with his work on biodynamic farming methods. Lily Kolisko, a student of Steiner, and H Junker continued research into agro-homeopathy in the early 20th century. However, it really came to prominence in the late 1980’s after a chance discovery by Dutch homeopath, Vaikunthanath das Kaviraj, that the use of Belladonna could counteract a scarlet fever-like disease in apple trees.

Kaviraj moved to Australia to continue his work but when his successes came to the notice of agricultural authorities and the agrochemical industry, a fee was introduced to register the homeopathic remedies he was then selling. The result? He was effectively put out of business in Australia and returned to The Netherlands.

Organic agriculture has seen a huge growth in popularity in recent years as people become more aware of the damage caused by conventional farming and seek ways to protect their health and the planet. At its heart are four basic principles:

Although the use of some chemicals is permitted, organic production largely mitigates the negative effects caused by the indiscriminate use of chemical products in conventional agricultural practices.

But at some level, organic agriculture can also be interpreted as a type of free-from agriculture, where synthetic fertilisers and pesticides are omitted. This is exactly how it’s been seen by some of the big agricultural producers for supermarkets around the world. In these kinds of free-from production systems, priority hasn’t been given to nurturing or building organic biomass (notably microorganisms and invertebrates) in the soil or building biodiversity above ground (e.g. through intercropping, cover cropping, mulching, increasing floral resources for pollinators, etc).

This dilution of organic farming principles by Big Ag has led to the notion of regenerative agriculture – or ‘regen ag’ – where the emphasis is on regenerating habitats and diversity. It’s now a central tenet for the Soil Association, the UK organic certification body and the first organic certified in the world.

Biodynamic farming is actually a form of regenerative agriculture developed by Rudolf Steiner. Biodynamics embraces all that organic and regenerative farming is, working both at the biological and metaphysical/spiritual level. It is self-sustaining, regenerative and works in harmony with nature to maximise the health and vitality of the crops, soil and livestock and in turn, human health.

Agro-homeopathy could well make a valuable contribution to regenerative farming practices, but also offers a viable alternative to reducing agrochemical and veterinary inputs that are damaging agro-ecosystems, animals, plants and microbes within them, and, often, surrounding habitats. 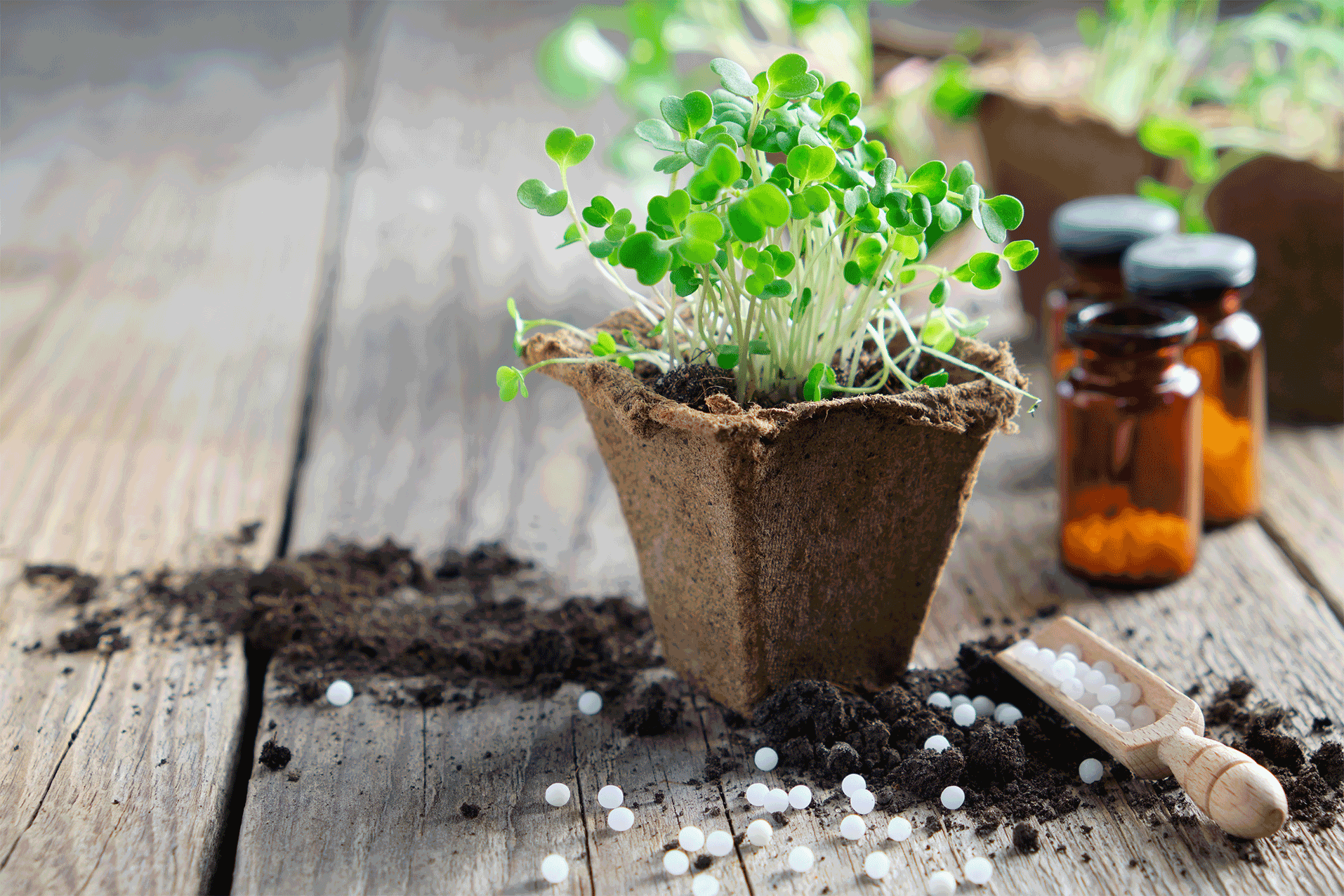 Plant homeopathy and its benefits

In the same way that functional medicine considers the health of the whole person, agro-homeopathy focuses on the health of plants, the living soils they inhabit and the environment surrounding them. Remedies are created to deal with the specific needs of the plants and the environment they’re being grown in. What works in one field may not be appropriate in another.

“Mother-Nature is the best teacher and if we want to read her book, we must walk its pages. She will reveal all to the sincere who want to understand.” 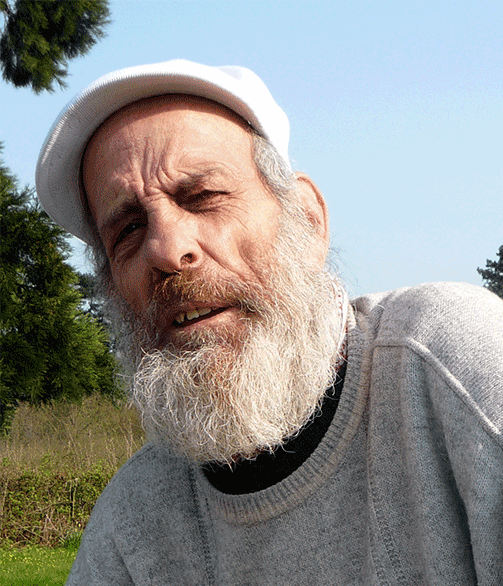 Typically, conventional agricultural chemicals are used to kill unwanted plants, diseases or insects. Agro-homeopathy does the reverse by building up a plant’s vitality, strength and resilience so it can deter pest attacks and withstand disease naturally, as nature intended.

Homeopathic remedies are used in much smaller quantities than conventional chemicals and leave no harmful residues in the environment, leaving the plants, soil, water and surrounding environment safe for the wildlife that relies on it and the humans eating the plants. Some common remedies are listed below:

It’s also proactive rather than reactive, allowing farmers and gardeners to plan and prepare for the inevitable threats that could damage crops and plants.

And, perhaps best of all, the use of homeopathic remedies has been shown to improve the production of plant secondary metabolites, known as phytochemicals, which in turn are highly beneficial to human health.

Ultimately, agro-homeopathy could be a win-win solution for everyone in terms of economic savings, reducing the drain on resources along with the preservation of the environment and the health of the planet for future generations.

>>> To find out more about healthy, sustainable eating patterns – that help turn your food into powerful medicine – buy your copy of our book RESET EATING