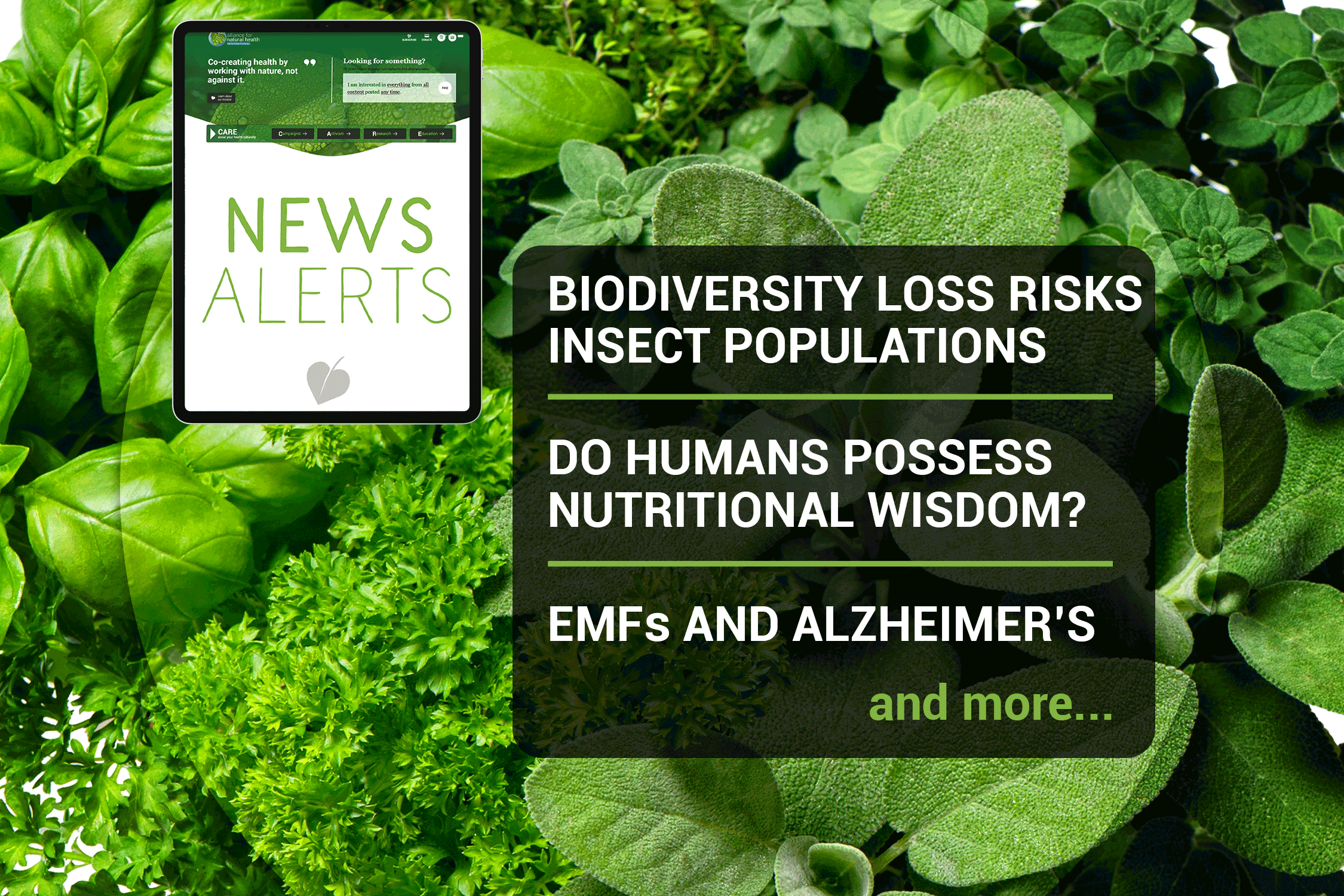 The collapse of insect populations in agricultural ecosystems is highlighted in the latest biodiversity study published in Nature. The study highlights that both habitat loss and climate change associated with industrialised agricultural practices are combining to decimate insect populations around the globe. The researchers report a 50% reduction in the abundance of insects and a 27% reduction in the number of species in affected habitats. The problems are particularly prevalent in tropical regions. However, where there’s plenty of natural habitat alongside agricultural land it can mitigate the problems with reductions of just 7% and 5% in abundance and richness of species. Much focus has been levelled at climate change however, the problems are far more nuanced. A reduction in biodiversity overall is an ever more pressing issue. Without insects there would be no crops with which to feed the world!

The way we taste and choose our food has changed rapidly since the industrial revolution. Ultra-processed foods now account for a large part of what many people eat, reducing our ability to inherently sense what we may need in terms of nutrients from our food. Animals are known to choose foods based on their need for particular nutrients, especially if they’re sick, but do humans still have this ability? A new study published in Appetite set out to find whether the micronutrient composition of foods influences food choices rather than just calories. Using pictures showing a fruit or vegetable paired with another fruit or vegetable, the researchers found that the vitamin and mineral content of the food shown had an influence on the choice made by study participants who often chose food pairs that improved total micronutrient levels. The researchers then repeated the study with a wider range of foods and more participants. Just to be sure, they then conducted a third study. All the studies showed people’s food choices maximised the range of micronutrients that would be consumed. The research throws an intriguing light onto the question of our ability to exercise nutritional wisdom naturally. It would be good to understand more about the specific mechanisms, but one thing is clear – the modern processed and ultra-processed food environment is unlikely to exert a positive influence and is more likely damaging our inherent nutritional wisdom.

A ten-minute brisk walk increases the length of telomeres, a genetic marker of biological age. In a study published in Communications Biology using data from the UK Biobank, researchers from the University of Leicester estimate that a lifetime of brisk walking could improve our biological age by up to 16 years by the time we reach our middle age. The study reinforces the old adage, ‘exercise is good for you’. Thankfully there are lots of way to get active and improve health. Here’s one of our Health Hack videos to give just six ways to inspire and get you started on your longevity journey.

Could EMFs contribute to Alzheimer’s development?

Researchers have linked high levels of calcium in cells with the development of Alzheimer’s Disease. It’s known that electromagnetic fields (EMFs) activate voltage-gated calcium channels (VGCCs), which creates changes that leads to an increase in the amount of calcium inside cells. Publishing in Current Alzheimer Research Professor Martin Pall summarises the evidence linking exposure to EMFs, increased levels of intracellular calcium and the impact on the development of Alzheimer’s Disease. Such research has enormous relevance due to the exponential growth in EMFs in recent years with the increase in digital tech, the introduction of 5G and the Internet of Things. The exposure of children at an ever earlier age to huge levels of EMFs is leading to the development of what’s been termed ‘Digital Dementia’.

Your gut bugs choose your food

Most nutritionists will tell you that your food choices will be influenced and largely driven by the makeup of your gut microbiome. A new mouse study published in PNAS has confirmed this. Three groups of mice that lacked gut microbes were given a cocktail of microorganisms from three species of wild mice with different natural diets. The three groups subsequently chose food containing different nutrients. The study drives home the fact that what we eat isn’t just feeding us, it’s also essential for the health and wellbeing of our gut microbes. The importance of our gut health is emphasised in our new book RESET EATING.

FDA to allow NAC in supplements

After much confusion over the use of NAC in supplements the US Food and Drug Administration (FDA) has announced it’s planning to formalise the legal use of NAC in dietary supplements. However, it’s clear that such products must be ‘legal’ and not be subject to noncompliant disease claims. The draft guidance has been published in response to two citizen’s petitions filed by the Council for Responsible Nutrition and the Natural Products Association in the US. Issues remain over the question of whether the grandfathering date or regulation for drugs approvals date takes precedence. For now, though NAC supplements will remain on sale legally.

Cancer is widely regarded as a genetic disease. Now, new evidence published in Metabolites shows that taking a multi-omics approach to cancer may lead to an improved understanding of how to treat and prevent it. Broadly speaking, three models of cancer have emerged in recent centuries: a genetic disease, exposome driven or a metabolic disease. Cancer as a metabolic disease has been largely overlooked by the mainstream cancer industry, although it’s been long acknowledged in alternative and integrative medicine, along with the role of environmental factors such as diet, lifestyle, chemical exposure etc that make up the exposome. The new paper suggests that 90-95% of all cancers are initiated by factors in an individual’s exposome. In a multi-omics approach all three models of cancer are integrated and considered together making cancer much easier to not only treat but, more crucially, prevent.