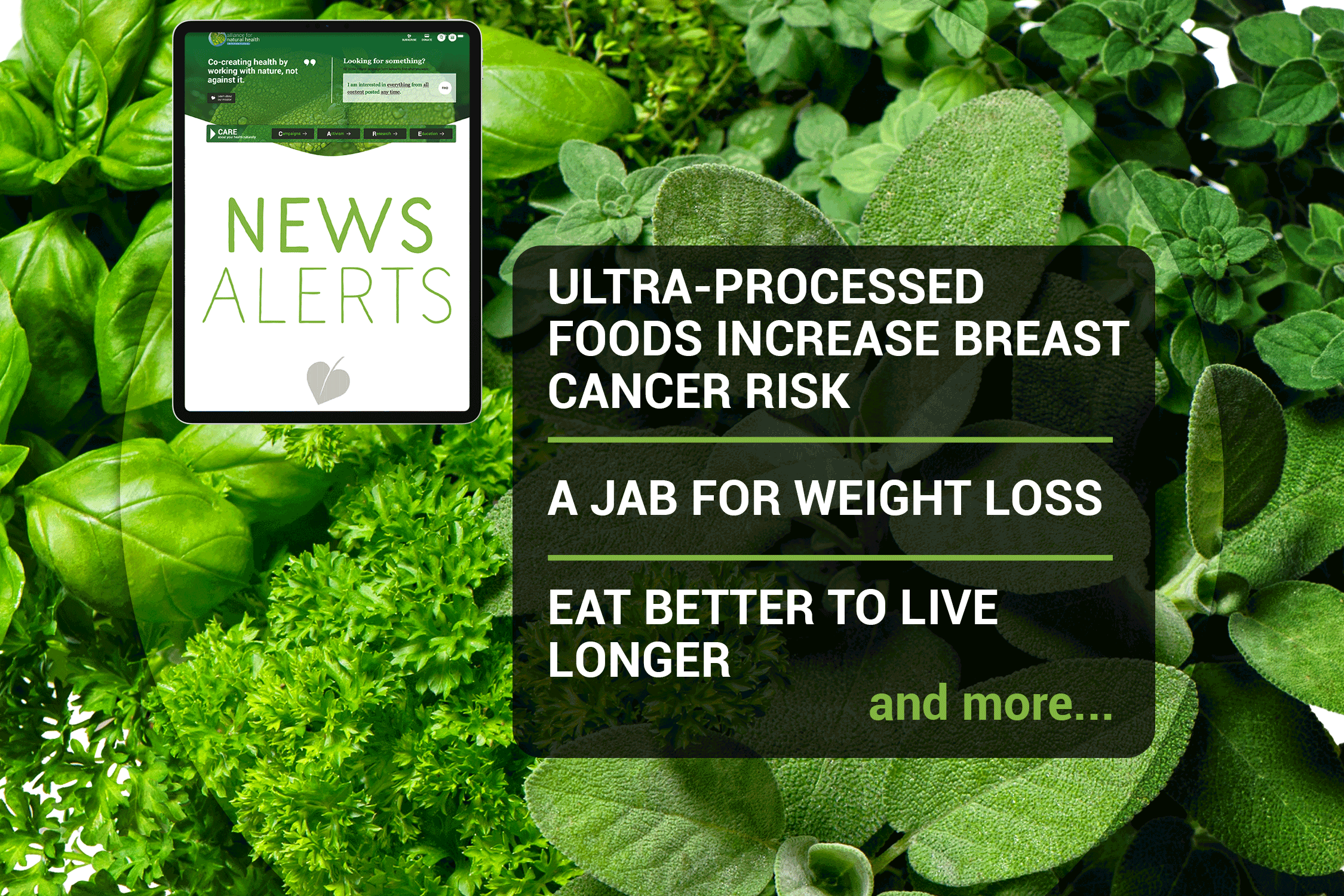 Research demonstrating a link between the amount of ultra-processed foods (UPFs) Latin-American women eat and a heightened risk of developing breast cancer has been published. The links between consumption of UPFs and breast cancer are already well documented although the risk has not been well studied in Latin-American populations. In recent years consumption of UPFs in Latin America has steadily increased. Researchers publishing in BMJ Nutrition & Health investigating the risk to young women found that an increase of 20% in the amount of UPFs eaten was linked to a 46% increase in the risk of developing breast cancer. The foods most associated with a higher risk of breast cancer were industrially-produced bread, fruit juices, sweets and ready meals. It’s never too late to learn to cook or prepare foods from scratch while experiencing the incredible effects of wholesome foods – as nature intended – on improving health, wellbeing and resilience.

Improving your diet could help you live longer

Optimising your diet before age 20 could help young people live up to a decade longer. The news comes from reasearchers that have built a model based on data from the Global Burden of Diseases study, coincidentally called the Food4HealthyLife calculator. Published in PLOS Medicine, the new model allows researchers to estimate life expectancy based on changes to a person’s diet. They found that reducing consumption of red meat, processed foods and sugar-sweetened beverages along with increasing the amount of plant foods an individual eats would result in substantial health gains and increased longevity. The ANH-Intl Food4Health guidelines can help you to change your diet, reduce your risk of developing chronic disease and live a long and health life.

Sleep soundly with this common spice

Taking black cumin seed oil (Nigella sativa) could improve the quality of your sleep and reduce stress levels. Participants in a small study from India, published in the Journal of Herbal Medicine, took 200 mg of black cumin seed oil every day for 28 days. All participants experienced improved quality of sleep as well as a reduction in levels of anxiety and stress. The consumption of herbs and spices is a key area of our Food4Health guidelines due to their ability to improve all areas of our health and wellbeing. For more information on how a range of herbs can help you to sleep more soundly, check out our sleep Health Hack.

Adults struggling to lose weight could soon be offered a weekly jab by the UK’s NHS to aid their efforts. The jab, called Wegovy, containing semaglutide, is designed to make people feel fuller and in turn eat less. The injection mimicks glucagon-like-peptide-1 (GLP1), a hormone released after eating that’s responsible for making someone feel full. In a double-blind placebo controlled trial people lost an average of two stone over a 68 week period. In the study, 1,961 people with a body mass index over 30 were randomly assigned in a 2:1 ratio to receive either the jab or a placebo along with lifestyle intervention. The most commonly suffered adverse reactions were reported to be nausea and diarrhoea causing a number of participants to withdraw from the trial. The problem with drug fixes is they only focus on one part of an exceptionally complex system and do not address other possible contributors, like for example, leptin resistance or associated issues. Only through education, mentoring and help to make real changes to what an individual eats and their lifestyle can any meaningful change take place. Like many other current weight loss interventions as soon as the treatment stops, the weight will almost certainly go back on leading to the same problems. Until we change the way we deal with obesity the same problems will continue to occur.

More than 80 national, European and international organisations have joined European Coordination Via Campesina (ECVC) in signing an open letter. The demand is for the European Commission to suspend its initiative to reform EU legislation on GMOs until the Court of Justice of the European Union (CJEU) publishes its clarifications concerning the status of new GM techniques in EU law, as requested by the French Council of State in November 2021. The reluctance of the Commission to delay the reforms until the Court has delivered its clarifications provides yet more evidence of the interference of the vested interests of big corporatocracies in policy making.